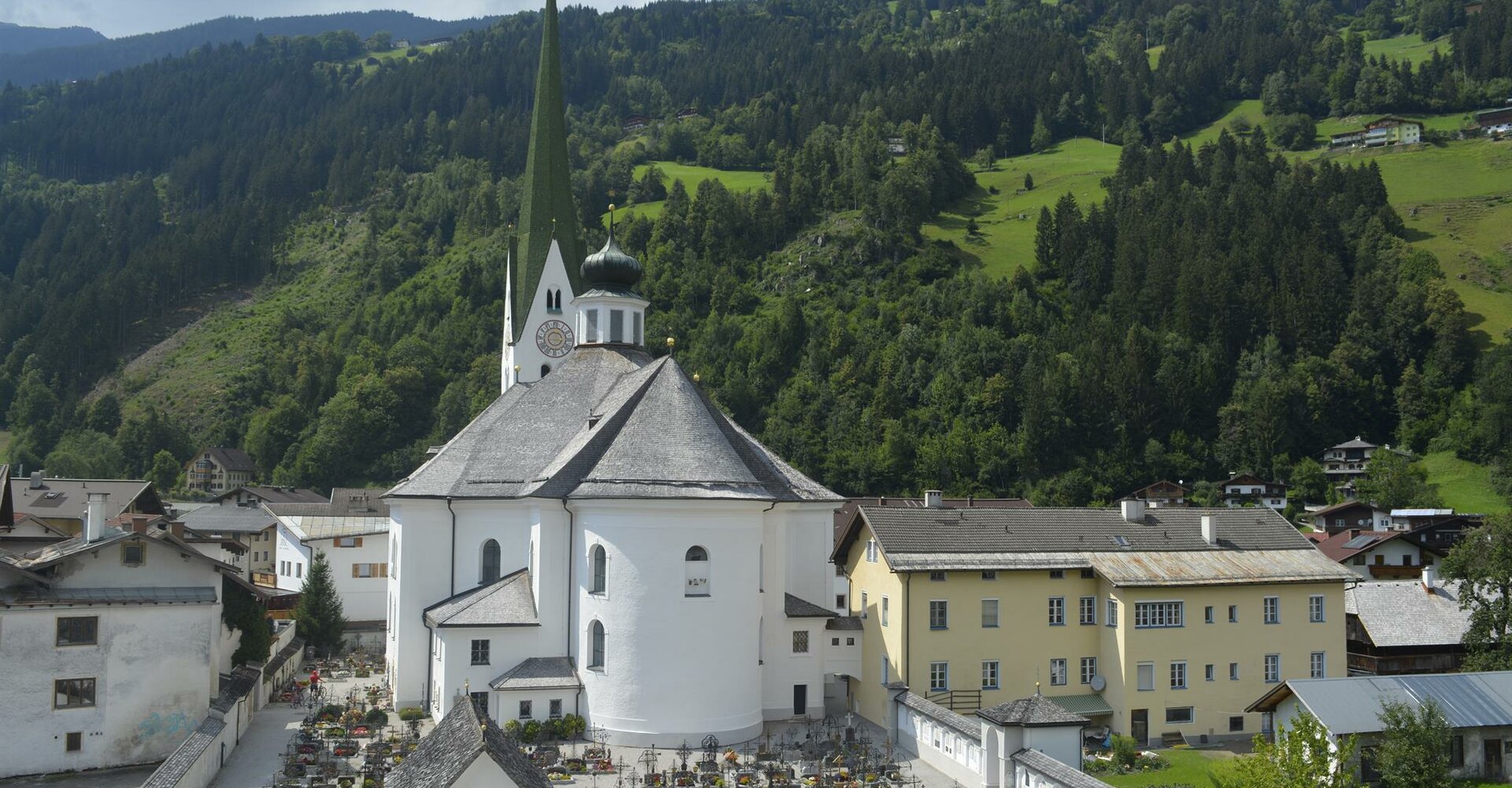 The deanship parish church to the Holy Vitus belongs to the most beautiful churches of Tyrol.

In the eighth century monks established in the today's "Unterau" a "Celle". 1187 Zell is mentioned for the first time as a "Pfarre". At the end of 15-th century a Gothic church was built and 1511 was consecrated. In 1772 the start of building the today's church was done. Master mason Andrä Hueber from Kitzbühel has built the church. The tower still comes from the predecessor's construction. In 1779 the construction was completed and in 1782 the interior arrangement was finished. The interior paintings of the church with the imposing cover painting comes from the Brixner court painter Franz Anton Zeiller. However, the ceremonious inauguration of the church took place in 1808. The deanship parish church to the Holy Vitus belongs to the most beautiful churches of Tyrol.

Unterdorf 16
6280 Zell am Ziller
Back to overview
Your newsletter