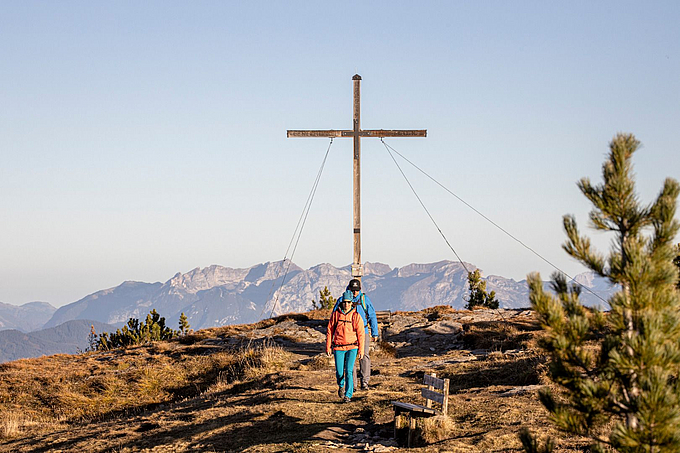 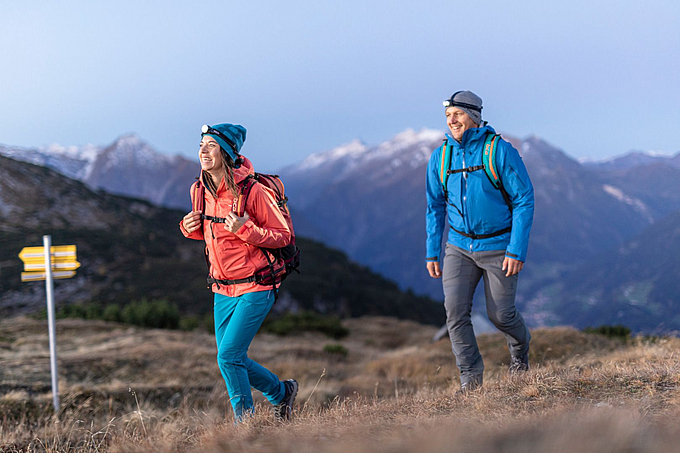 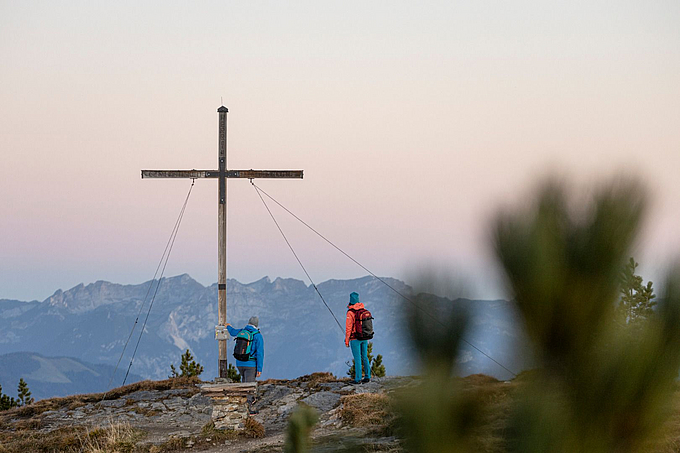 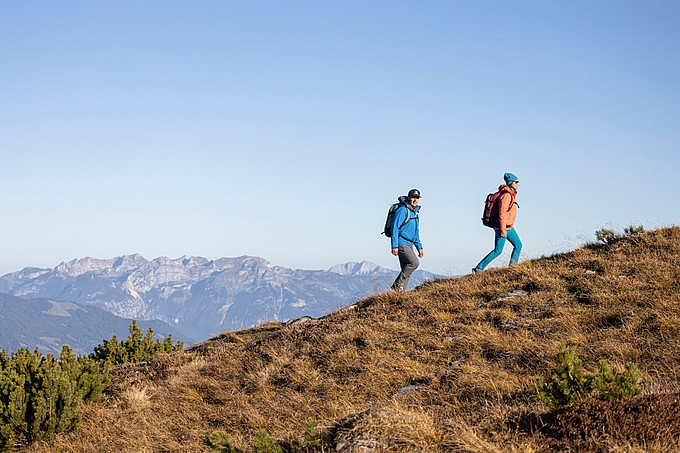 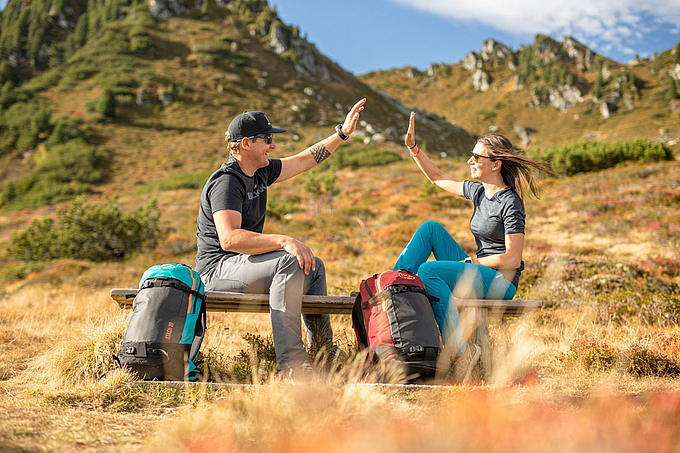 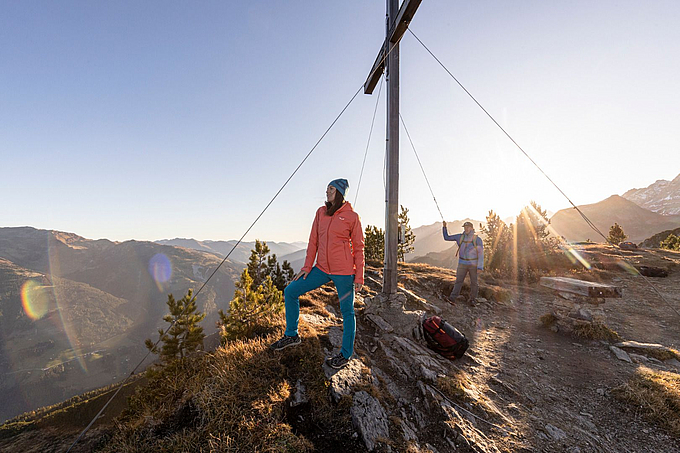 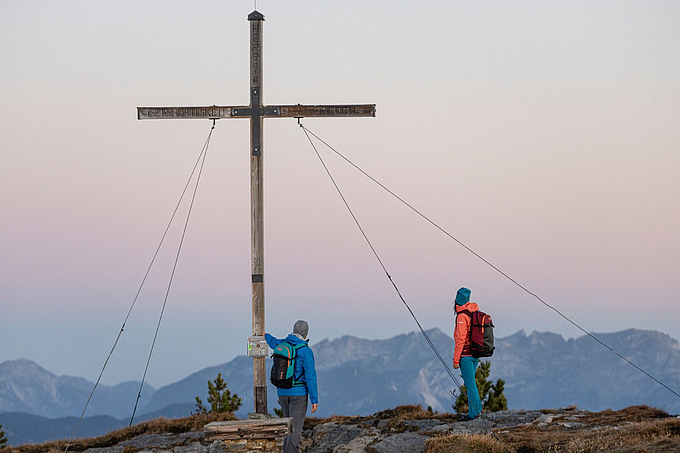 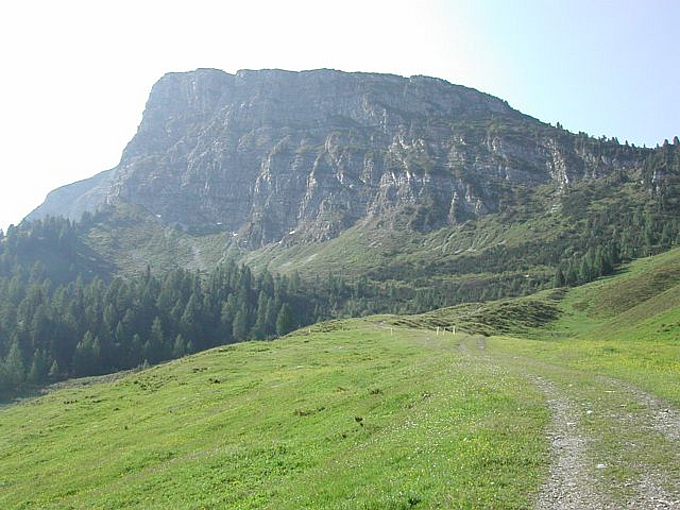 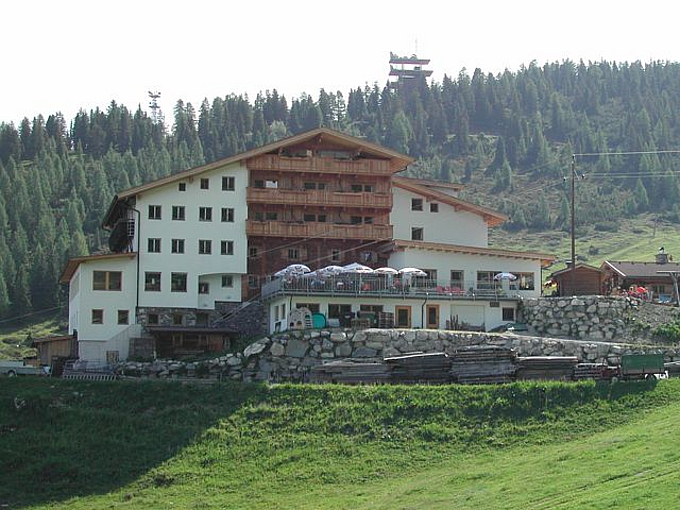 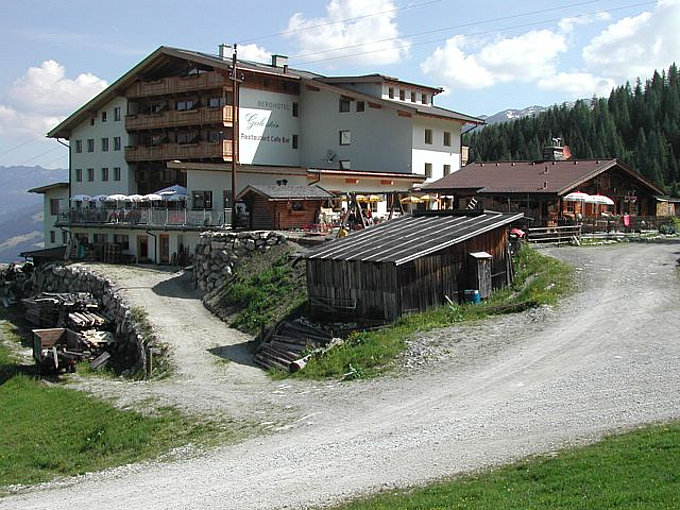 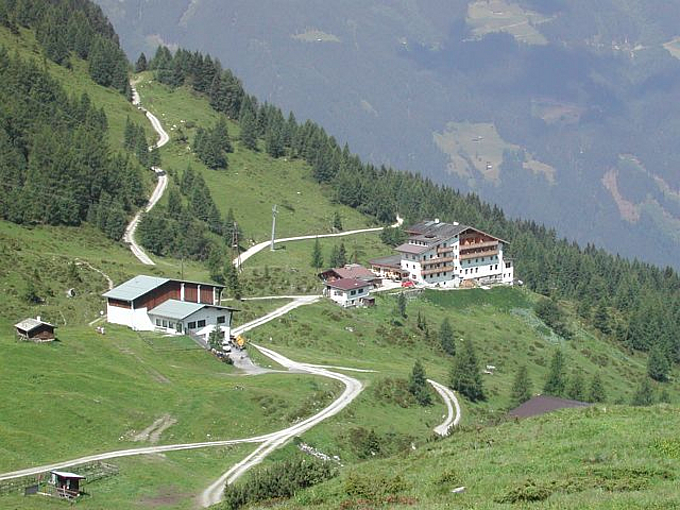 You can take the hiking bus or drive to the valley station of the Gerlosstein cable car in Hainzenberg. After the ascent in the cable car you will have reached the starting point of the promising hike at the mountain station of the Gerlossteinbahn. The tour starts directly at the alighting point on the awardwinning hiking trail no. 8 in the province of Tyrol, heading right in the viewing direction of the Gerlossteinwand with a somewhat steeper ascent, which is why hiking in this direction is recommended. You will also be hiking in the shade in the morning and, on the flatter descent in the afternoon, you can enjoy the fantastic view of the Brandberger Kolm in the sun. After walking for approximately half an hour you will reach a small fork in the road just in front of two small wooden huts, which also leads to the Gerlossteinwand via ferrata. Here you can either head straight ahead and select the steeper ascent or take the right flatter path on the saddle of the Arbiskogel, which would make the
path to the summit approximately half an hour longer. Once you have reached the summit of Gerlossteinwand allow the magnificent panoramic view of the Zillertal Alps, the Tux foothills, the Kitzbühel Alps and the Rofangruppe to work their magic! Make your way back on the return path downwards in the direction of Freikopf. At the fork in the road, turn left. A short ascent of approx. 5 minutes will follow until you reach the saddle, where you will then finally head downwards over the stone trough until you reach Heimjöchl. From Heimjöchl, take the left hiking trail no. 8 back to the starting point.